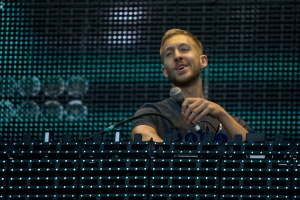 It is the first single from his forthcoming fourth studio album and is tipped to be one of this year’s biggest summertime hits.

‘Summer’ was written and produced by Harris, who won the Songwriter of the Year Award at PRS For Music’s Ivor Novello Awards in 2013. The feel-good track features Calvin himself on vocals for the first time since his multi-million selling single ‘Feel So Close’ in 2011.

Here’s the video for ‘Summer’ …

“HOW [NOT] TO WRITE SONGS IN THE STREAMING AGE – 40 MISTAKES TO AVOID IF YOU WANT TO GET MORE STREAMS” - This book shows how the dominance of music streaming is having a profound impact on songwriting and the structure of songs. Songs that connect in the streaming world are no longer the same as songs that work on traditional media, like radio. Successful streaming now requires a different type of song. This means songwriters who want more plays on streaming platforms need to rethink their songwriting approach in order to meet the specific needs of streaming audiences. This book aims to provide a better understanding of the new building blocks of song structure in the streaming age. It examines essential elements found in the construction, melodies and lyrics of the biggest streaming hits – and highlights the most common errors made when these key components are built into a song. To help new songwriters avoid such mistakes in their own songs, the book provides 40 insightful tips and a comprehensive Checklist for creating more streaming-friendly songs. The book is now available from Amazon as a paperback and eBook, and also from leading eBook retailers like Apple Books, Kobo and Barnes & Noble.

“How [Not] To Write Great Lyrics!” gives new writers a wide range of valuable advice – from how to prevent common errors in the basic construction of their song lyrics … through to the perils of making bad choices when it comes to titles, opening lines, lyrical hooks, verb selection, clichés, rhyming patterns, and many other issues.