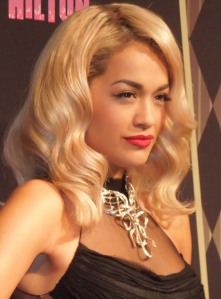 “I believe there’s a need to lift people up emotionally,” Pharrell said. “There’s something to be said for making music that is jovial. Songs for people who need a break. Songs to bring joy.”

Now, British singer-songwriter Rita Ora is following Pharrell’s lead by releasing a new single, ‘I Will Never Let You Down’, which has been described as “the ultimate feel good love song”.

Written and produced by Calvin Harris, the single will be released on 11 May 2014.

“I love the fact this is such an uplifting love song,” says Rita. “I’m in a very good place and I really wanted people to see how I felt and how I want other people to feel when they listen to it … happy!”

‘I Will Never Let You Down’ is the first single from Rita’s forthcoming second album. Her platinum debut album, Ora, debuted at number one in the UK in 2012 and spawned the Number One singles: ‘R.I.P.’ and ‘How We Do (Party)’.