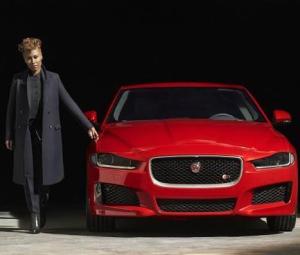 Writing songs that are tailored to suit specific artists is as old as Tin Pan Alley itself. And ‘drive-time’ songs have inspired countless themed compilation albums over the years. But multi-platinum British singer-songwriter Emeli Sandé is gearing up to create a tailor-made ‘driving’ song with a difference … it’s a launch song for Jaguar’s new sports car, the Jaguar XE.

Emeli Sandé will be collaborating with Jaguar to create a song based on the kind of experiences that people find exhilarating. This theme is intended to reflect the fact that ‘Exhilaration’ is at the heart of the new car, according to Jaguar.

But before Emeli sits down at her piano to start writing the words and music for the new song, she’s asking her fans to use the hashtag #FeelXE on social media to share words, pictures, sounds and films that express what makes them feel exhilarated.

Emeli will then write the ‘exhilarating’ song based on the responses provided by her fans.

“I always thought it’d be cool to interact with the fans to create,” Emeli Sandé told Mashable.com. “The challenge is I don’t know what’s going to come at me, but it’s kind of like live music—when you get on stage, you don’t know how it’s going to go. My eyes are open to different feelings of exhilaration.”

Emeli’s song for the Jaguar XE will be performed for the first time at a secret location alongside the River Thames in London on September 8. It will be part of a spectacular, audio-visual event to mark the launch of the new car.

“I can’t wait to start collaborating with the world, looking at what defines Exhilaration for them, and premiering the track in London at what is going to be an incredible event!” said Emeli.