Bruno Mars reveals the song lyrics he wishes he had written 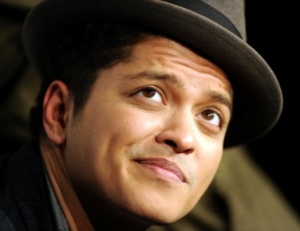 While a song’s title is often its strongest selling point, and the best way to attract the attention of music publishers, A&R executives and record buyers alike, coming up with a highly distinctive lyric line within a song can also instantly draw listeners in and hook their interest.

Most top songwriters confess to being envious of certain lyric lines written by other writers. The latest to join this group is US singer-songwriter Bruno Mars who has revealed the iconic lyrics that he most admires. They include lines from Amy Winehouse’s ‘Rehab’, ‘You Sexy Thing’ by Hot Chocolate, and ‘Big Poppa’ by The Notorious B.I.G.

The Grammy award-winning writer has admitted that he wishes he had come up with lines like: “They try to make me go to rehab, but I say No No No” … “I believe in miracles since you came along. You sexy thang. You sexy thang you” … and “Cause I see some ladies tonight who should be havin’ my baby….”.

Bruno recently admitted that he finds it difficult to come up with new material. “You know how hard it is to write a big song?,” he said in an interview with GQ magazine. “It’s so hard to do. Might be one of the hardest things to ever do.”

Which classic lyric line do you wish you had written?

“How [Not] To Write A Hit Song! – 101 Common Mistakes To Avoid If You Want Songwriting Success” is now available from Amazon’s Kindle Store for only US$7.22 or GB£4.78.

Read a FREE sample of the book HERE (USA) and HERE (UK).