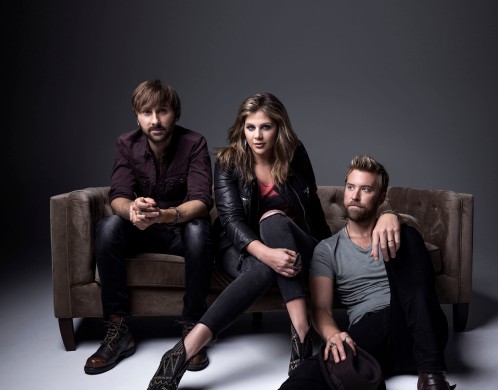 1. Be totally focused on your writing

Most of these writers agreed that you have to be totally committed to your writing. Songwriting has to drive everything in you. It has to be a switch you can’t turn off. As Kip Moore explained: “I always tell people to chase their passion. But that ‘chase’ also comes with a warning … Trying to do it for a career, it has to be all or nothing.”

2. There’s no set way to write a song – just write about something you’ve experienced first-hand.

“The best songs for me come from things that I have actually experienced or have some kind of insight on,” said Kacey Musgraves. “It all has to resonate somewhere within me. It can’t be completely fabricated.”

3. Always pay attention to your surroundings in case you overhear a great idea for a phrase or a title.

“Songs are everywhere,” said Steve Wariner. “As a writer, you must always be paying attention so you’re ready for that inspiration to strike. I’ve been in a restaurant where I’m trying to not eavesdrop but you hear a great phrase at the next table and you’re like, ‘That’s a great song title’.”

4. Be a student of songs – always be prepared to learn.

Kip Moore takes a similar approach: “I just studied my butt off with great music,” he said. “I just did it over and over until I figured it out. I can remember how discouraging the whole process was for me … It was such a tough road. But it was all I wanted to do, that’s what kept me going.”

5. Write from the heart and don’t try to fake it.

“I write my best stuff when it’s coming from the heart and it’s exactly what I want to be writing,” said Erik Dylan. “Write what you know and write from the heart … The listener will understand the emotion in the song. If it’s fabricated they’re going to know it’s fake. If it’s real and from the heart people notice that. They believe it.”

6. Get into the habit of writing something every day.

“You want to be a songwriter? Write every day,” urged Dierks Bentley. “Don’t type them up on a nice sheet of paper and put ’em in a three ring binder. Just write ’em up, then go on to the next one. Keep writing.”

QUOTE OF THE DAY: Adele on how she knows when she has written a good song 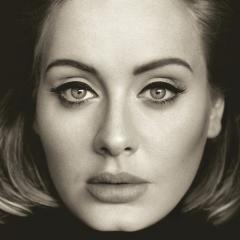 “In order for me to feel confident with one of my songs it has to really move me. That’s how I know that I’ve written a good song for myself – it’s when I start crying. It’s when I break out in tears in the vocal booth or in the studio, and I’ll need a moment to myself.

“You have to write about real life because otherwise how can you be relatable?”

—Adele (in an interview with New York Times)

FINDING THE HIT FORMULA: Don’t think lyrics don’t matter if the melody and beats are good 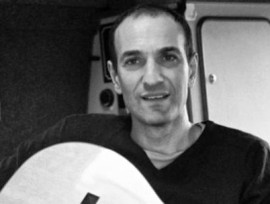 While it’s true that the melody and the title are regarded as the most important parts of a song, don’t make the mistake of believing that the quality of the lyrics doesn’t really matter if your song has a strong melody, a catchy hook and great beats.

“If you’ve got a killer tune and a killer set of chord changes and you’ve got no lyrics, you’re screwed,” award-winning songwriter and producer Francis “Eg” White once told the Daily Telegraph. He has worked on hits for artists such as Adele, Joss Stone, James Blunt, Duffy, James Morrison and Will Young.

So don’t settle for lyrics that you know are second-best. A song with a dynamic melody and trite lyrics is still unlikely to be successful.

Of course, songs with weak lyrics occasionally do well in the charts, but their success is usually down to an outstanding production or because the artist concerned is already a big star with a loyal fan base. If you’re an aspiring new writer submitting a demo to a music publisher, A&R rep or a record producer, you’ll need more than just an excellent melody to stimulate their interest.

You have to be able to offer them a complete work that combines a highly commercial melody with well-chosen words and descriptive phrases that make sense and actually say something. 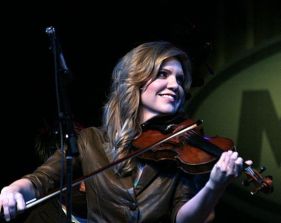 “Lyrics are kind of the whole thing,” says US singer-songwriter Alison Krauss. “It’s the message. Something might have a beautiful melody but if it’s not the truth coming out of your mouth, it’s not appealing.”

Music industry professionals expect to hear inventive lyrics that avoid clichés and convey an interesting story or message in an easily understandable way.

They want great words that support a memorable title, a strong melody and a catchy hook … all of which should come together to evoke an emotional response within the listener.

“How [Not] To Write A Hit Song! – 101 Common Mistakes To Avoid If You Want Songwriting Success” is available from Amazon as a paperback, or as an eBook from Amazon’s Kindle Store, Apple’s iTunes Store (Books/Arts & Entertainment/Music) and Barnes & Noble’s Nook store.

LYRIC WRITING TIPS: Don’t fall in love with your own lyrics – Hal David 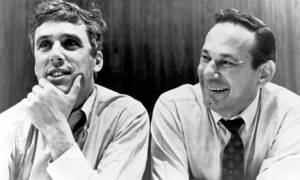 Hal David, one of the greatest lyricists of all time, always believed it was essential for writers to stay as objective as possible about their lyrics. He stressed the importance of being able to step outside of yourself and hear the song from the listener’s point of view.

“One thing a lyricist must learn is not to fall in love with his own lines,” David once remarked. “Once you learn that, you can walk away from the lyric and look at it with a reasonable degree of objectivity.”

A common mistake among many new lyricists is their failure to take a step back and recognize when they are using over-elaborate imagery and ‘poetic’ lyrics that just don’t work with the song. Far from being impressed with how clever and creative the lyricist is, music publishers and A&R executives are more likely to see unnecessarily flowery language as a sign of inexperience.

Trying too hard to be ‘different’ and artistic can often result in lyrics that simply sound pretentious and self-indulgent. If your lyrics don’t come across as genuine, listeners may find it hard to connect with your song.

And some lyricists may not realize that they are in danger of boring listeners by simply pouring out fact after fact as they tell the song’s story. You have to paint a picture in the listener’s imagination so that you can reach him or her on an emotional level and stimulate a response. 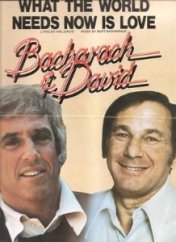 To make it easier for listeners to remember your lyrics, it’s important to keep them simple and conversational. Hal David was a master at conveying what he wanted to say in the most concise way possible, despite the complexity of some of Burt Bacharach’s melodies.

In the 1960s and early 1970s, Bacharach and David wrote some of the most enduring pop songs of all time. Their classic hits included ‘Raindrops Keep Fallin’ on My Head’, ‘This Guy’s in Love with You’, ‘I’ll Never Fall in Love Again’, ‘Do You Know the Way to San Jose’, ‘Walk On By’, ‘What the World Needs Now Is Love’, ‘I Say a Little Prayer’, ‘The Look of Love’, and ‘Anyone Who Had a Heart’, amongst many others.

“In writing, I search for believability, simplicity and emotional impact,” Hal David once explained. “Simplicity is often the hardest thing to achieve.”

“How [Not] To Write A Hit Song! – 101 Common Mistakes To Avoid If You Want Songwriting Success” is available from Amazon as a paperback, or as an eBook from Amazon’s Kindle Store, Apple’s iTunes Store (Books/Arts & Entertainment/Music) and Barnes & Noble’s Nook store.