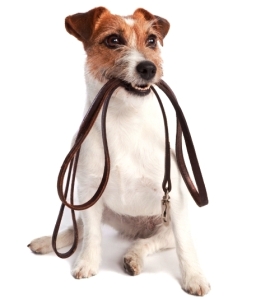 If you feel your efforts during a writing session are exhausted—or if you’ve got songwriting block and good ideas just aren’t coming—don’t try to force-feed your songwriting process. Try going out for a long walk instead (ideally with no distractions from texts or ‘phone calls!). Or have a workout on a treadmill.

That’s the advice offered by a new study from Stanford University titled: Give Your Ideas Some Legs: The Positive Effect of Walking on Creative Thinking (published in the Journal of Experimental Psychology in April 2014).

The study involved four separate experiments which showed that the flow of creative ideas can be substantially improved by walking on your own with no fixed route (or even walking indoors on a treadmill). The study found that most of the participants benefited from walking compared with sitting, and the average increase in creative output was around 60%.

“Walking opens up the free flow of ideas, and it is a simple and robust solution to the goals of increasing creativity and increasing physical activity,” said the report’s authors Marily Oppezzo and Daniel L. Schwartz of Stanford University. “Walking has a strong effect on creative production whether indoors or out.”

TRY WALKING BEFORE A WRITING SESSION

The study’s findings also suggest that taking a walk immediately before a songwriting session might help you to generate more ideas.

“Walking exhibited a residual effect on creativity,” said the report’s authors. “After people walked, their subsequent seated creativity was much higher than those who had not walked.”

Geoff Nicholson, author of the book The Lost Art of Walking, is not surprised by the study’s findings: “There is something about the pace of walking and the pace of thinking that goes together. Walking requires a certain amount of attention but it leaves great parts of the time open to thinking.

“I do believe once you get the blood flowing through the brain it does start working more creatively,” said Nicholson. “Your senses are sharpened.”

Some of the most creative writers of all time—William Wordsworth, Virginia Woolf and Charles Dickens among them—all walked regularly for inspiration (it is said that Dickens could easily rack up 20 miles at a time, often at night).

The philosopher Friedrich Nietzsche also noted the special connection between walking and thinking in 1889 when he wrote: “All truly great thoughts are conceived by walking.”

Maybe the same could apply to all truly great songs …