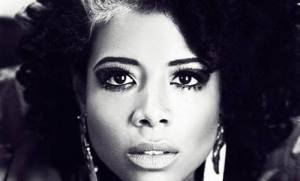 According to award-winning US singer-songwriter Kelis, being pregnant can enhance female songwriters’ creativity and help them to make better music.

Kelis, 34, believes her last album, 2010’s Flesh Tone, was one of her best pieces of work because she was pregnant with her first child at the time.

”For me, my last album was the brightest, just because I was pregnant when I recorded it and that’s a really powerful time for a woman artist,” she told fuse.tv. “If I think about female artists in the past 15 to 20 years that I love, I look at their body of work and I’m like, ‘Oh, she was pregnant then!’ It makes so much sense, and Flesh Tone definitely signifies that. It’s about life. It’s a very robust record.”

Kelis believes that becoming a mother has changed the way she approaches her music. Her new songwriting technique, she says, is reflected in her latest album Food which was released in April 2014.

Food, her sixth studio album, has already become her second-highest peaking album since 2003’s Tasty which spawned huge hits such as ‘Milkshake’ and ‘Trick Me’.

Kelis feels motherhood has also given her a new level of confidence. “I’m generally comfortable in my own skin and I really do love being a mother,” she said. “I think it comes across in the writing because you can’t really ignore it, you know. I mean [when you’re pregnant], you’re literally full of life. I’m writing songs that obviously speak to who I am now.”

Here’s the Official Video for ‘Jerk Ribs’, the first single from her new album …